People over things, is the best way to think. No matter how big or small the business or what the product or service, the most valuable asset of any entity is “the people”. It’s people that create it, sale it, market it, and talk about it.

Instead of people selling out for the organization (say anything to get the position) a better approach might be to find a good match, in which both parties benefit in the long run. If the “head” of the organization could find out the “heart” of a new person; what drives them, besides the money, then maybe a long-term relationship could be formed.

Unfortunately, most people go to work just for the check, not the feelings of satisfaction of making a contribution. It’s not about doing something, just for the love of the game, or the challenges of life. We all grow up, and only a select hand-full get to ‘play in the game’. In sports and in the workplace, people perform just for the check. And when you fail to perform, you are sent packing. Normally, there will be someone waiting in the wings, that can replace you.

Sometimes you can be doing all the things you need to do, and still be fired. Businesses go through cycles and sometimes, through no fault of yours, it’s time to move on. The problem is the higher you are, the harder the fall. There is no sense of family or responsibility except that which is required by law or common practice. When employees get laid off around Christmas time, it’s not personal, it business. But it still sucks! It really sucks when it happens to you, or someone you personally know.

Mental toughness and physical ability is what separates the big-time winners, from the rest, that just play the game. Michael Jordan, Tiger Woods, Joe Montana, Wayne Gretzky were extraordinary and they set the bar for all that follow. Then there are captains of industry like Bill Gates and Steve Jobs. Self-driven people who excel, while others try to hang in there and do the best, that they can.

David Cook, one of the top sports psychologist in the world, worked with many top sport professionals, had a formula that he used for his clients. Performance equals potential, minus interference. Sometimes potential is not enough, on game day. The local sports teams have a lot of potential, but they still lost.

Businesses also have game days, and moments where everything is dependent on one good hit or one good pass. It’s those crucial times when you need to be at your best. How we respond depends on the distractions.

There are the external and the internal forces that come with the pressure to do well, like when all are watching. That’s why practice is so important. Even the pros must be aware of the voices within. What if I miss? What will people think? Can I do it? During stress, you can go back to your pass and worry about your future.

The pro must filter and focus to get the job done. When opportunity knocks you must be ready. You never know when you will get another chance to play in The Super Bowl or the World Series. Some people spend a life time and never make it to the play offs. It’s not about the metal to make the trophy, but the mental mind set it took to win the trophy, that counts. 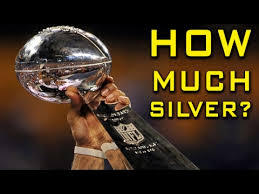 If you been working for a long time, did you get in the game, or did you just stay on the grind? If you have not hit your home run yet, what is stopping you? Find something that you have passion for, and start to move in that direction. Realize that it will take time to get to where you want to go. I’ve been around long enough to hear too many people talk about retirement and not make it. Life is short, so you might as well enjoy the journey.

Join the a network and build a hedge around yourself for the uncertain times. You can get paid and be empowered to be yourself. But if you are looking for a free ride, you can get off the bus now!

You got to put in some time to overcome the learning curve! But if you could make an additional $3,000 to $5,000 each month part time would that be a good enough hedge around you and your family? What will it take for you, to look at an online opportunity?

As you can tell, I like to write. Some take pictures, and write quick notes, and some do video shoots, like you see everybody else, on social media. The Inner Circle audio program gave you additional ideas. Another benefit of being in the business, is you get a chance to travel and meet people that are in the same business. And you can use some of that, as a business expense.

I’ve been to Denver CO, Miami FL, Washington D.C. Charlotte North Carolina, Nashville TN, and Las Vegas NV. And I’m from Philadelphia PA. but originally from Detroit MI. This has been straight talk, no chaser.

Mark Eaves
Nailed it. So many people are in the job mindset because they know nothing else exists. There is a better way.

Earl Hackett
Thanks for your comment Mark. There was a time where loyal employees were appreciated, then it became profits, over people. I grew up working on the assembly line in Detroit in the 1960’s. You could make a decent living working in the factory back then, before things changed. I could have been drafted and sent to the Vietnam War but I enlisted in the Air Force to escape the manual labor of the assembly line.

Corporate America, at the highest levels made a decision to focus on the people at the top. Runaway Inequality an activist’s guide to economic Justice by Les Leopold, explains it all. When President Reagan broke the Air Traffic Controller Union, that just increased the decline of the unions in America.

So, the employee mindset changed: get the credentials to get the highest starting salary, then do just enough to get paid, and not rock the boat.The problem is, things gone worst. And the worst part is that the CEO’s that “deal and steal” seldom never, go to JAIL. And if you have no “plan B” you must soulfully rely on your job, soulless people at the top and an ever changing market place.