The Empower Network allowed you an opportunity to take charge of your life. You were empowered to do it your way. If the only thing you wanted to do was blog to get your message out to the world, you could also do that. For a small monthly fee, you could write and publish articles on an authority web site, with very high visibility, which meant your stuff got ranked by Google. 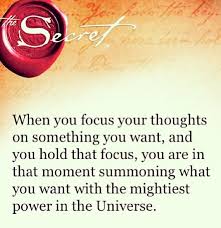 With a monthly membership over 40,000 bloggers in the network your blog ranked higher. Higher rankings mean more traffic, which is why you even use the internet, for business. The goal should be to create traffic, capture leads and convert sales (the 3 C’s). Because the system was established, you could focus on your message. You didn’t have to worry about hosting, building a website or all that other tech stuff.
You had the power to be you, without all the tech headaches.

The next level was to become a partner of the referral service. As an affiliate, you got paid to refer others to the network and the company took payments over the internet. The good thing about the process was that didn’t have to sale “the services and other products”. The company did the “up sales” for you.

When you advertised your affiliate links, those leads would watch a presentation that went over the opportunity. When visitors to your blog signed up for the Empower Network viral blog system, you got paid a commission for their staying with the service. Each month they continued their service you get paid; month after month. That’s was called, residual income.

As an affiliate, you become an entrepreneur (independent business owner) and can use whatever type of email management system you have in place, but it was recommended that you use a good 3rd party auto response system to manage your emails. As an affiliate when you follow the core values, you will start the process of personal development.

Mind-set and attitude become key. Your success depends on your goals, aspirations and dreams. As your customer base increased, your income increased. Again, it’s up to you to control your level of involvement.

One of my mentors, the late great Jim Rohn, who gave thousands of seminars around the world, discussed a recurring theme about the “Five Major Pieces of the Life Puzzle”. But before he got into the life puzzle, he talked about being thankful for what you have, before you can get more. We take so much for granted because we look at what we don’t have, instead of what we do have. You don’t think about good health, until you get sick.

He said there are half a dozen things that make 80% of the difference between the wealthy and everybody else. The key is to focus on the few things. Time is more valuable than money. You can get more money but you can’t get more time. We all have only 24 hours per day.

Don’t spend your time on the minor things that don’t count. And don’t spend your money on minor things; invest in your future. The time you spend on personal development will have a profound effect on your life. There are so many distractions today and we have so little time. You build a team to be more effective. As they say, TEAM means – Together Everyone Achieves More.
H.G.M.

Internet comments
Jenny E. Weeks
Great post Earl, to the point in simple layman’s terms. I really like your writing style and wish you the BEST!
Jenny 🙂

Sue Price
I love your title of this post. Empower Network allows you just that. You have explained the steps so well. It is so easy for people, now to get started as an entrepreneur. I agree mindset is critical for success and it applies to any business, I think. Thanks for this great post Earl.

Earl Hackett
Thank you for your kind comments.
God has given all of us talents, we just need to discover them, and put them to work.