Why change anything at all? It depends on where you want to go. 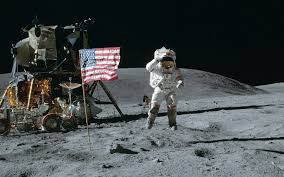 The only thing worse than electing to remain where you are, is failing to make a choice. If you want to go down the street or down the road a little distraction may slow you down, but you will get there sooner or later.

Why does one person who started off with all the advantages; solid family, money, end up ten years later saying to themselves,” How did I end up here?” Why does another person who is born in the poorest conditions, overcome that situation and make a major contribution to society? I don’t know, you don’t know, nobody knows.

Ten years from now, if you live long enough, you will be there. The question is where? If you are not where you want to be, then you must change something to get to who YOU want to be, or settle for who you are. A few daily disciplines exercised every day over a ten-year period has a very powerful effect; some would even say life changing.

Jim Rohn talked about discipline, as a key factor in many of his lectures. Being aware of the need for discipline, is the first key. The second key, is the eagerness to maintain your new discipline, while the last key is consistency; exercising your new discipline every day. Discipline is like the master key, that unlocks all the doors of wealth, happiness, self-esteem, pride, joy, accomplishment, satisfaction and success.

The rewards of a disciplined life are great, but they’re often delayed, until sometime in the future. A fun day at the beach might be an immediate reward for the lack of discipline. Just don’t go to the beach when there is work to do. I always told my kids when they were growing up: Work first, then you can play. A future reward for the “disciplined man” who stayed and did the work, is now he can buy the house on the beach.

Each new discipline affects another. They are the basic building blocks to a successful life. Discipline attracts opportunity, which attracts ambition and skills. Like attracts like; better positive than negative. Discipline is the reason why I was able to copy from these notes from Jim’s lectures and put them in my Jim Rohn Journal. He said, get a journal to capture the things that are important to you. He said, don’t trust your memory write it down! And I did.

There is a price to pay for the promise. But if you can’t see the promise, you don’t want to pay the price. What is the slight difference between sight and vision? Sight is what you see with your eyes. Vision is what you see with your mind. Robert Kennedy said,” Some men see things as they are and say why? I dream things that never were, and say Why not”?
To be able to share, so much, to so many is an awesome responsibility. My focus is to get YOU to think about your possibilities. I tell my story; share what I read or heard and relate it to my life. What is your unique life experience?
I can’t exceed by myself, YOU can’t exceed by yourself. It takes each of us to build a society, it takes all of us to build a country, a nation, to live in this world together. Technology has made this world smaller. We can make it better, if we try.
Jim Rohn’s  power was always in the spoken word. He was known as “America’s Foremost Business Philosopher”. With the empower network, the power is in the numbers of people we reach over the internet. This just might be your time for a change. Are you ready?

Sandy Zalecki
Love your post. I want to change into a better entrepreneur and your post, inspired me.

Shirley Mae Albright
Change is scary, but it has so many benefits too! Your post really encouraged me. Thank you.

Gail Kendig
No one likes the word discipline do they Earl! Great post… I feel it’s very motivating and honest!

Earl Hackett
Thank you for the comments. If I was not seeking change, I don’t know where I would be. I might have retired from the plant in Detroit MI and not traveled half way around the world.

The Empower Network introduced me to the discipline of blogging on a regular basics. I had tried it along, but was not encouraged. Receiving comments just encouraged me to keep it up. We should look at each experience as a learning moment.