CBS correspondent Nikki Batiste of Sunday Morning discovered that the first Father’s Day was in response to a question. Sonora Smart Dood and her five brothers were raised by her widowed father, William Jackson Smart, who was a civil war veteran. While attending a Mother’s Day celebration in 1909 which was a new thing, Sonora asked the minister, when do fathers get their day in the sun? 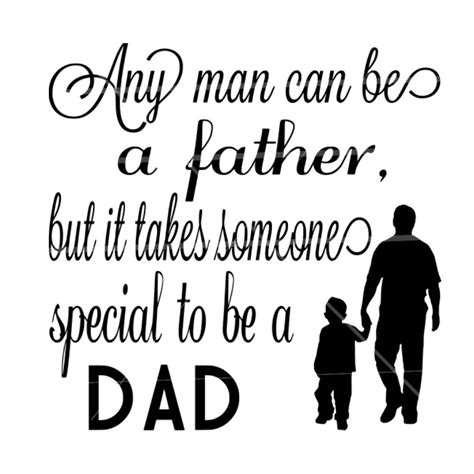 The following year, the first Father’s Day was celebrated in Spokane Washington on June 19, 1910. Sonora handed out red roses for living dads and white roses for those who were deceased. But it wasn’t until 1972 that Father’s Day became a National Holiday by decree of President Richard Nixon. Sonora Dood lived to see it happen.

Now there is a Father’s Day and Mother’s Day Council that strives to heighten the meaning and importance of Fathers and Mothers.

The following is a poem that was sent to me.

God took the strength of a mountain,

The majesty of a tree,

The warmth of a summer sun,

The calm of a quiet sea,

The generous soul of nature,

The comforting arm of night,

The wisdom of the ages,

The power of the eagle’s flight,

The joy of a morning in spring,

The faith of a mustard seed,

The patience of eternity,

The depth of a family need,

Then God combined these qualities,

When there was nothing more to add,

He knew His masterpiece was complete,

I grew up in a different time. I didn’t get to know my dad until I was nine.  I always think of my mom as the gal from Mississippi who had so many kids, she barely knew what to do. Her mother died when she was only eight and she barely knew her dad. I’m the ninth of 14 but my dad’s only son. She got married at a young age (not to my dad) to escape her Aunt and Uncle that worked on a farm, who wouldn’t treat her right.

Her husband (not my dad) was so abusive that when he said that he would kill her, she believed him, so she fled in the middle of the night, leaving her first five kids with their dad.  She caught a train to Chicago then fled to Detroit. She never remarried but kept having kids.

When I was about nine years old she sent me to stay with my dad. I thought it was only temporary until she came out of the hospital but they decided it was best for me to stay with him.  It turned out that it was just, what I needed. He gave me the discipline and structure that changed my life.  I went from a poor student to a good enough student that I got a full-time job during my last year of high school and still graduated on time.

To escape the auto assembly line I enlisted in the United States Air Force. Being accepted in the Air Force during the Vietnam War was proof that my dad had done a good job. Most of my classmates were drafted in the Army and the Marine Corp and sent to the war zone. I went to Libya and served under a Tuskegee Airman, Col. “Chappie” James during the base closure by Col. Gadhafi .

While in Germany when I got got word that my dad was very ill, I took emergency leave then returned to take a hardship discharge to care for him.  After a year back home a friend of his took over and I was off to college.