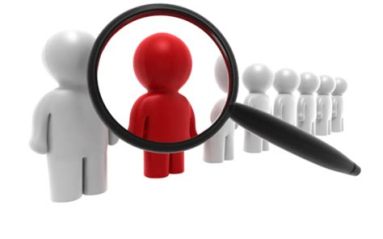 Seek out the information to feed your mind. If you don’t search, you will never find. You should never wait for someone to show up and turn you on. Turn your own self on. We get so busy on our daily grind and we don’t want to fall behind. But sometimes we should take a pause and think about what we want to do later in life.

Going to college is one way to gain knowledge but it’s not the only way to get ahead. Many of the movers and shakers of the world didn’t go to college but they gained a wealth of knowledge. Some even dropped out of college and grew their name and their fame so that they were invited to come to college and share their experience and their knowledge as commencement speakers.

Become self-educated and self-motivated. Most people stop reading after they graduate from school; and it doesn’t matter if it’s high school or grad school. If it’s not required for the job, we just don’t read as much.

My mom was a country girl from Mississippi and never graduated from school. Her mother died when she was only eight, so she never had a good example to follow. She only knew of her father and got married at an early age and started having babies.

She did the best that she could and lived a long life. I was born as she was starting over again in the North. When I was about eight or nine she sent me to live with my father until she returned from her hospital stay.

That’s when things changed for me. My grades were horrible, and he was not going to let me, to continue to do that. He made me read and forced me to do my homework. Little did I know that the seeds of discipline were being planted in my mind. My grades improved, and I begin to like reading because it fired up my imagination.

That was a long time ago. TVs had rabbit ears, telephones were linked to the wall and there was no such thing as a mall. Even TV stations shut down at a certain time of the night. Technology has really changed things and now people are stuck to the phone in their pockets, TVs are always on, and people shop at the i-mall.

Many years passed, and I left home at last. Nine years with mom and the same with dad, now Uncle Sam was in charge. I’m in the Air Force and I’m stationed in a radar site in Nevada. I had time on my hands, so I started to read again. I read a special edition of Ebony Magazine that focused on Africa. And it changed my way of thinking.

Africa became more than the backdrop to a Tarzan movie. It was not all jungle and little villages. It was many countries (50+) and big cities and towns and diverse populations all over the place. I became keenly consciously and aware of the many things I had never thought about.

I left the desert of Nevada and went to of all the places in the world; the city by the Mediterranean Sea and the Saharan sand, Tripoli Libya in North Africa. I became a part of history that I had only read about.

Col. Muammar Gadhafi had deposed Libya’s King Idris and was forcing the US out of the country, but the base Commander Col. Daniel “Chappie” James, made sure there was no major incidents and the base was closed-down on time.

I was part of a small group of young Black Airmen that went to see the Black Base Commander to air some grievances. I’m still amazed to this day, that we didn’t have a heavy price to pay. I found out that you can be socially conscience, but you can’t be militant in the military.

Col. Daniel “Chappie” James had paid the price as a Tuskegee Airman and had gone on to become a decorated combat veteran in Korea and Vietnam. I don’t remember all that he said but I remember receiving a ‘flag waving speech’ where he said, “We are the people who face the enemy to defend the freedoms we all enjoy. We may come from different places, but we come together to form one nation.  Protest is OK, but we get paid to do a job. If we don’t do our assigned duty there will be a price to pay”. 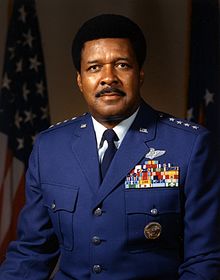 Col. “Chappie” James went on to become the First African American to become a Four-Star General in the United States Air Force.