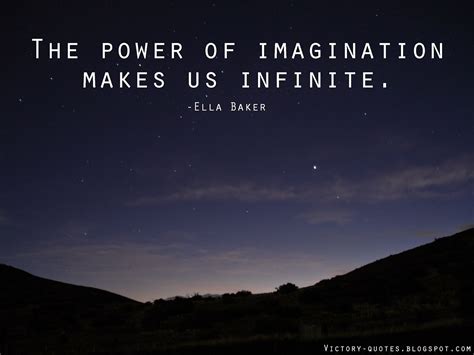 Sara left the farm and sought out life as a domestic and washer woman on the Mississippi Delta. While she trudged countless miles through the back roads and small towns she dreamed about better days. Sara glazed beyond her world with its outward appearance of hunger and misery with an imagination about the possibilities of a different future. What do YOU dream about while YOU trudge through YOUR job day after day? I can only imagine what my mom was thinking. Maybe getting married and having kids at an early age was her best option.

Sara saw new opportunities around her when she got a job as a domestic worker when she obtained a position with a wealthy aristocratic family. She noticed the appearance and grooming habits of the well-to-do. And the seed of an idea grew in her mind. She believed that all hair textures and skin tones were naturally beautiful and natural beauty needed enhancement to realize its full potential. People end up in dead end jobs because they fail to see all the possibilities that are around them.

Filled with a purpose she started to work on concocting hair formulas and methods that would carry out her objective. With an initial investment of less than two dollars, which took her a long time to rise, she commissioned a metal worker to manufacture a special pressing comb. With that new comb and her special concoction, she was able to straighten course hair and give it a soft texture.

The best thing my mom did for me was to tell me, “Don’t have a lot of kids (she had 14) and do something with your life”. Mom told stories that made a different to my world. Sara made a difference to her world and she became successful and rich.

Before her death in 1919, this woman became the first female millionaire. Her name, which everyone became to know, was Madame C.J. Walker. She made a fortune, and she made it into the history books.

What you think about grows – Whatever you persistently allow to occupy your thoughts will magnify in your life. So, we must concentrate our thoughts on a definite chief aim.

Law of cause and effect -Thoughts are the causes and life is the effect. Sky scrapers are the effect of a detailed blue print. In life and in business it’s use it or lose it – There is NO achievement without practice, practice, and more practice. Michael Jordan missed more than he made, but he made the ones that counted.

Law of correspondence – What you think, feel, and dream about flows inward, then outward. Physical activity follows mental activity.

Law of substitution – You cannot dismiss a thought directly, however you can substitute another for it. When negative thoughts creep into your subconscious replace it with a positive thought.

Law of belief – Anything you believe with feeling will become real in your life. The power of belief is like faith.

Law of compensation – Give whatever energy, time, and effort to help some else. Your rewards will come from “the infinite source”. And you can’t out-give the “Infinite Universe!”

The Empower Network system was designed to help you get pass the technical side of blogging- so you can get your message out there. If you want to build it to the next level, that’s when personal development, really comes into play. No matter the product or service when it’s all said and done (even over the internet) you are still dealing with people.

I listened to those who have led the way: Zig Ziglar would end his lectures with” See you at top”. Jim Rohn took it one step further – “See you at the top or you will pass my dead body on the way up, because I won’t stop”. That’s what I call determination: -). What are you determined to do with the rest of your life?
H.G.M.

Chris Brindamour
Hey Earl! Didn’t know about this version of Think and Grow Rich! In any case it’s a good great book and a must read for everyone! Thanks for sharing this 🙂

Rory Singh
Imagination is more powerful than knowledge – Einstein. Just to echo Chris, I didn’t know they had other versions of Napoleon Hill’s book. Wow, I learn something new every day. Thanks Earl for this share!

Earl Hackett
Thanks for the comments. I updated the blog with a video clip with A’Lelia Bundes, author of, On her own terms, “The life and times of Madam C.J. Walker”. A’Lelia is the great-great-grand daughter of Madam’s C.J. Walker.