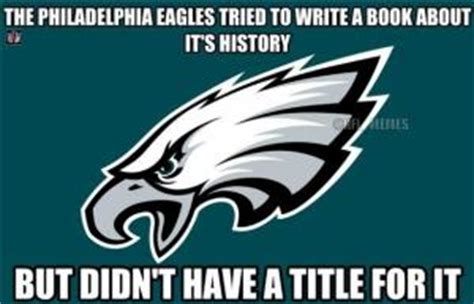 The Philadelphia Eagles road to victory reads like a fairly tail. The team defied the odds to defeat the legendary New England Patriots. For many of the die-hard Eagle fans, that bleed green, it was the fulfillment of a long time dream.

I’m not a Philadelphia native, but I can understand their excitement. For generations (50+ years) loyal fans had come to many football games, in all kinds of weather to cheer  the home team to victory. They all wanted to witness their team come up as winner, of  “the big one”. Sometimes they would get to the play offs and sometimes they wouldn’t. They were always considered great contenders and they always had a loyal fan base.

I was in Philadelphia when the Flyers won the Stanley Cup, and the Phillies won the World Series. Philadelphia is a destination city because of it’s ties to history. When the Pope came to America he stopped by Philadelphia and the city threw him a parade. When Sylvester Stallone filmed the story of Rocky Balboa, his statue of Rocky became more famous than the real local champ.

Joe Fraizer: He was the world undisputed heavyweight champion from 1970 – 1973.  Maybe “Smokin Joe”, will be remembered mostly, as the opponent of Muhammad Ali, the GOAT (greatest of all time). Their fights were epic.

At the start of the season, Carson  Wentz  appeared to have the keys to the Super Bowl. He was accurate, mobile and fearless. The team was blowing out their opponents and still seen by many outsiders, as least likely to win.

When Wentz  was injured, the whole fan base “wrenched in pain”. It was like a big balloon popped for the whole city. Nick Foles was the back up quarterback for a team in which the primary quarterback was setting records. Which means Nick had to knock the rust off the old arm, and start firing rockets.

Game 1.  Eagles 30 – Redskins 17. (Eagles had 2 turnovers , Redskins had 4). As the coach, Doug Pederson, got doused after winning the season opener, Columnist Mike Sielski said “It was a small sign of solidarity and support from the players who liked Pederson and who used him, as a convenient and maybe even genuine source of motivation for the game.”

Game 2. Chiefs 27 – Eagles 20. (Eagles had 2 turnovers, Chiefs had none). Eagle safety Malcolm Jenkins said, “We felt like we had control for the 3 1/2 quarters. But when you let a team especially in that atmosphere, linger around in games, it’s tough to come out on top”.

Game 3. Eagles 27 – Giants 24. (A nail biter!) Rookie Jake Elliott beats the Giants with a 61-yard field goal near the end of the game. Philadelphia Inquirer and Daily News Beat writer Les Bowen  said, “The Giants, desperate to avoid falling to 0-3, went from being shut out to being ahead in the space of 5 1/2 minutes in the fourth quarter before the Eagles caught a toehold and clawed back.”

Game 4. Eagles 26 – Chargers 24. (A tight game, but they pulled it out). Carson Wentz said, “It’s really big for us… starting with three out of four on the road. Last year we could never find a way to win tight ball games. This year … we’re starting to learn that a little bit”.

Game 5. Eagles 34 – Cardinals 7 (A blow out performance). Eagles’ tight end Zach Ertz  said, “It was probably the most complete game since I’ve been here. All three phases contributing. It was a dominating performance…The most fun game I’ve been a part of for a long time.”

Game 6. Eagles 28 -Panthers 23. ( Eagles were on the spot, but Wentz was hot!)  ” On a night when the Eagles faced off against a former NFL MVP who has appeared in a Super Bowl, Wentz was the best quarterback on the field by a wide margin. Cam Newton made enough plays to keep things interesting down to the end, but it was … Wentz who made the difference.” Columnist David Murphy.

Game 7. Eagles 34 – Redskins 24. (A bitter sweet win!). Philadelphia Eagles coach Doug Peterson said, “It’s bittersweet a little bit. We’re excited to get the win but the realization is we got a couple [injured] in this game,”Jordan Hicks and Jason Peters.

Game 8. Eagles 33 – 49ers 10. (Jalen went wailing!)  Eagles’ cornerback Jalen Mils said,    ” They had been grilling me all week, talking about how I had no return skills. That kind of went through my mind, so I cut it back. I had to get to the end zone or I wouldn’t have stopped hearing that, for certain.”   Beat writer Les Bowen said,  ” On a gloomy, slippery, sodden afternoon, Jalen Mills neon green hair shone forth from the Eagles sideline like a beacon…Mills 37-yard interception return for a touchdown, just before halftime was the dagger.”

Game 9. Eagles 51 – Broncos 23. (The numbers do the talking!) ” The Eagles are as close to dominance as the NFL has right now. They are averaging 31.4 points per game, and they have not scored fewer than 26 points during their seven-game winning streak.” Judy Battista, NFL.com.

Game 10. Eagles 37 – Cowboys 9. (Defense was the difference with 4 sacks and 4 forced turnovers). “Doug Pederson’s steady hand has helped carry his team past first-half obstacles. When the Eagles went to the visitors’ locker room at half-time [trailing 9-7], there was no need for a tongue-lashing or a rousing speech. Pederson trust his players and coaches to be professional, and that’s how he has treated them.” Columnist Jeff McLane.

Game 11. Eagles 31 – Bears 3. (The Bears were branded by Brandon’s  5 tackles and 2 sacks). “Jim Schwartz’s defense did not allow a touchdown for the second game in a row…The six rushing yards allowed Sunday represented the lowest total by an Eagles opponent since 1950.” Beat writer Les Bowen.

Game 12. Seahawks 24 – Eagles 10. (They wanted to, but you don’t win them all). ” For the first time in nearly two months, Doug Pederson and the Eagles found themselves in a game in which every decision, every call, and every mistake mattered.” Columnist Jeff McLane.

Game 13. Eagles 43 – Rams 35. ( A bittersweet win).  A knee injury changes the game. ” It was bound to happen. Carson Wentz gambled with the footballs gods, one time too many and paid the price.” Columnist Jeff McLane.

Game 14. Eagles 34 – Giants 29. ( Foles steps in, and the special teams blocks 3 kicks). ” By no ends should the 2017 NFL East champions have been clawing and scratching … backed against their end zone by a team that hadn’t scored … 20 points in any of it’s previous four games, was about to fall 2-12 … had just un-benched its starting quarterback … and was playing under an interim head coach”. Beat writer Les Bowen.

Nick Foles, who considered quitting the game, was a good quarterback  who didn’t get enough actual playing time until Carson Wentz got injured. As the backup, he had to find his rhythm with the coach and the rest of the team. The Eagles were considered underdogs even with Wentz was winning, because it had been so long. Since it had been so long from their last big dance. With Foles at the helm, many didn’t know if he had the bark or the bite.

Game 15. Eagles 19 – Raiders 10. ( This game made sure that that the path to the Superbowl went through Philly). ” The Eagles… clinched the No. 1 seed in the NFC … ensuring that any path to the Super Bowl goes through Philadelphia. But it’s fair to wonder how far down that path they’ll go with the way Nick Foles and the offense played …Beat writer Zach Berman.

Game 16. Cowboys 6 – Eagles 0 (Oops the Eagles messed up)  ” We still won 13 games. No 1 seed. Everyone got to come through Philly I don’t care if [a reporter was] started at quarterback.  We should be confident in that… So yeah, I don’t care who we have as quarterback , who we have at offense, we’d take those odds”. Malcolm Jenkins.

Too many Eagles fans had seen Boston and New York walk across the World’s Largest Stage. They wanted that title, added to the teams and the cities’ name. Many of the Eagles greats who played for a long time never received the top price. The Pro Football Hall of Fame is a great recognition, but the Vince Lombardi Trophy is for the whole team.

In many interviews, sports reporters ask the question, how does it feel to win the Super Bowl? Almost all of the players said, it’s what they dreamed about since they were  kids.

The Philadelphia Eagles took the underdog title and used it for motivation. As a results they fought a battle that will be remembered for a long time. It was the highest scoring game in Super Bowl history. The Patriots lost, but Tom Brady threw for 505 yards and three touchdowns. There is a reason why they call him the GOAT (the greatest of all time).

Nick Foles also made a little history by throwing  for 373 yards and becoming the first ever player to pass and catch a touchdown, in a Super Bowl game.

Brandon Graham strip sack caused the Patriots to lose their  fourth-ever Super Bowl loss and was the third for Brady and coach Bill Belichick. Another highlight was a reception and run by Zach Ertz which brought up the question was he a receiver or runner?  The ref’s got it right, and the fans in Philly nation were getting ready to book their flight for the big celebration.

The story continues, this is just the road, to the final trip. Fifty + years is a lot of time. If you don’t write your memories of  special times like this, how will the next generation know. I started blogging a few years ago to keep my mind active. If you want to learn how to put your story together, see how I did it at https://earlhackett323_21.gr8.com.