“We are all survivors, or we wouldn’t be here, but some of us have survived with somethings working for us.” T.D. Jakes,  “2017 Motivation  Compilation”. 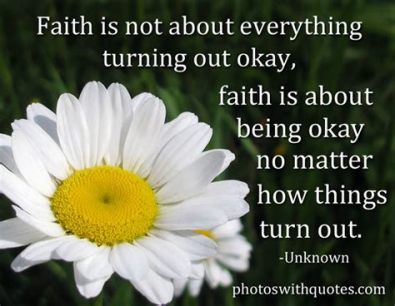 I did an epic blog that got lost in the fog when the Empire fell. With every break up there is some joy and some pain. But when it’s over, the question you should ask yourself, is what did you gain?

In 2013 I started this journey into the internet world. T.D. Jakes talks about commitment, and “that was the year” I became committed to my path. I knew I needed to do something because I was approaching retirement age. I had stuck my toe into blogging but a real world accident on the road, took me to a fork in the road.

I was taking my granddaughter to preschool and got involved in a three car accident. The other two drivers were taken away to the hospital and my granddaughter and I walked away with a scratch. Unfortunately my vehicle’s air bags went off and my car was totaled. Instead of replacing my 10 year old mint condition van,  I took the money and ran towards my destiny. I jumped on a plane and went to Denver Co. to my first Empire Network convention. I bough a program before I left, and as soon as I got back I bought the next one. I got busy and did what I could do.

I traveled so much, that I almost lost track.  It’s only when I look back, that  I can remember all the locations; Denver Co., Washington D.C., Miami FL, Charlotte NC, Orlando FL (twice), Nashville TN, Las Vegas NV (twice) from 2013 to 2015. Air fare, hotel , food and event cost add up quick.  It’s even more of a challenge when you are living on a fixed income. When I was working I could work overtime and qualify for extra pay but there is no overtime in social security.

After working 40+ years and being in two branches of the military (Air Force & Army) I was not going back, to the time clock grind again, period! A friend and business associate of mine asked me if I was still blogging?  He was still working and didn’t have time. I told him yes I did, and he said I have enough material (600 blogs) to write a book.

I ordered the Gerry Robert, author of Millionaire Mindset, home study course, “Publish Your Way to Profits”. So I could get my stuff together in a readable book form.  I wanted to attend the actual course when he came to the Philadelphia PA area but I was away on a trip to Nashville TN. I ordered the home course and saw him do his presentation from South Africa.

I was able to do what I did, because of a unique life experience.  I realized that I have been blessed with a sound mine and healthy body and that I still have a purpose to fulfill. I’m still here, another year. I’ve seen homeless veterans walking the streets and young folks distracted without any direction. I feel great at 68, and I want to feel fine when I turn 69. I plan to have “published author” added to my name.

I have been Standing in the Shadows, Listening to the Greats!!!   It’s a blog novel of true stories of ordinary people who overcame all kinds of odds to become extraordinary, who then turned around to help others.