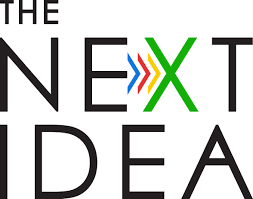 Inspiration comes in various forms.
The key is to be open, and ready when it comes.

Napoleon Hill wrote “Think and Grow Rich”, a classic which I had read a long time ago. Then one of the leaders of a network marketing company I was working with, recommended that I read “Law of Success”. (Law of Success was “20 years” in the making).

I bought the book, looked at it quickly, but put it away. If you saw it in hard back edition (1100+ pages) you might do the same thing. I was not ready, too busy working on my job, to get into it. Then something happened (I lost one of my full-time jobs). 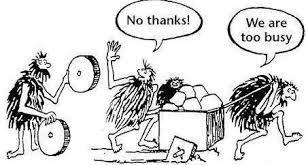 I don’t know about you, but when Life Change happens, I take time to re-group and rethink my situation. Now I had time to read. One of the gems in Napoleon Hill’s book “Law of Success” stressed the power of a definite chief aim.

“Any definite chief aim that is deliberately fixed in the mind with determination to realize it, finally saturates the entire subconscious mind until it automatically influences the physical action of the body toward the attainment of that purpose. What the mind can conceive and believe, the mind can achieve.”

Another thing Dr. Hill talked about a lot, was the mastermind. He started his 20 year quest from a suggestion from Andrew Carnegie, to interview the industrial giants of that time – Henry Ford, Thomas Edison, and Harvey Firestone. What did they do, to get to where they were?

I remember seeing a poster many years ago when I was at Fort Bragg, North Carolina that stays with me still, and it talked about the power of persistence.

Persistence
Nothing in the world can take the place of persistence.

Talent will not; nothing is more common than unsuccessful men with talent.

Genus will not; unrewarded genius is almost a proverb.

Education will not; the world is full of educated derelicts.

Persistence and determination along are omnipotent.

An inspiration also came to me in the form of dialogue from the movie “Coach Carter”. The coach, played by Samuel L. Jackson asked a young student, headed in the wrong direction, what was his biggest fear. Later on, in the movie, after the third time, this is how the student responded.

Our deepest fear is not that we are inadequate. Our deepest fear is that is that we are powerful beyond measure. It is our light, not our darkness that frightens us.  Your playing small does not serve the world. There is nothing enlighten about shrinking,
So other people won’t feel insecure around you. We were all meant to shine, as children do. It’s not just in some of us, it’s in every one. As we let our light shine, We unconsciously give other people permission to do the same. As we are liberated from our fear, Our presence automatically liberates others”.

Internet comments
Daphne Dobson
I love the title of your post. I absolutely agree with it. You never know where inspiration will come from. You just must tune in to receive them, when they come. I love the quote about persistence. This is a quote that’s been on my mirror in my bathroom for years. It’s a daily reminder to keep keeping on. Thanks for sharing!

Janet Green
You are so right Earl. You never know where your inspiration will come from. However great books are always a great source of inspiration. Thanks for sharing.

Earl Hackett
You are welcome.  Personal development helps us to actively learn how to tune in the good, in a world full of nonsense. Sometimes we get so busy hauling rocks, we miss other opportunities.