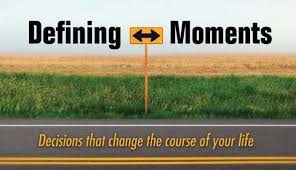 Once you learn how to scrap, you know how to bounce back from adversity.
Dr. Tony Alessandra, started his story off with “fighting his way out of New York City”. Tony went all the way back, to his childhood as he talked to Chris Widener, in the Made for Success interview, to when he was a kid living in the projects, and he got into his first fight, when he was about seven or eight years old. He came home crying and it just so happen, that his cab driving father was home. His dad asked what happened and Tony told him.

Dad told him to go back down and fight and that he couldn’t live in the projects of New York, and not know how to protect himself. Tony tried to protest, but when dad pulled off his belt, Tony made a quick decision, and went down to win the fight. Sometimes, you just need the right incentives, to win in life.

I remember when I was about Tony’s age before my mom had to go to the hospital. She always told me to do something with my life. Her mother, my grandmother died when she was only eight years old and she was forced to live with her Aunt and Uncle. She knew about her father, but never really saw him.

To get away from the rough farm life in Mississippi she dropped out of school in the fifth grade, got married and started having babies. Her defining moment came when she was forced to leave her five kids and flee in the middle of the night with her one suitcase and travel north. To her it was a point of basic survival.

Many years later when she was starting over as a single mother on welfare in Detroit with four more kids and she had to go to the hospital, I was forced to go live with my father on the other side of town. She did the best she could, with what she had. I wasn’t a juvenile delinquent but I was a hand full. I was introduced to his belt and I buckled down and ‘got right, real fast’.

There is a fine line between discipline and abuse and he never crossed it. He was in the Army during World War II and knew about proper discipline. Too many young men, are missing that firm hand, and too many young parents, cross the line. I was forced to study, do homework, read and get good grades. I didn’t realize it at the time, but that was a defining moment for me.

Tony had to fight physically for his survival and became a pretty good street fighter. In fact, he fought all the way until college. I was forced to read and study and stay out of trouble and graduated from high school and went into the Air Force while my class mates were being drafted and sent off to fight in the Vietnam War.

Tony’s fighting went on so long, because his cousin Joey would brag on him and bring kids over for Tony to defend his reputation as a street fighter. I stayed out of trouble in fear/respect of my dad. That was my incentive!

When you learn how to scrap at a young age, whether physically or mentally, some of the habits carry over. The never quit, never give in attitude can be channeled into success. Tony’s mom also drove him to always do better. Tony told a story in which he got the highest grade on a test and he had only missed one question. Instead of saying good job. His mom focused on the one, he missed. My mom talked about me doing better, but the point was driven home by my father who instilled the work habits, that influenced my life later.

Mom would buy me stuff to shut me up. Dad wouldn’t, to toughen me up. As a result, I got a job as soon as I could, so I would have my own money. I became independent at an early age but I was realistic and knew I was not ready to step out there, by myself before time.

Mom maintained her independence and started working at the time most people retire. She said that after watching kids and grand kids for so long, it was a pleasure to get up and get out. In fact, she worked until she was in her mid-eighties.

Maybe in the back of my mind, I was also thinking about what my mom had gone through, during her early years, when I got a full-time job, second shift on the auto assembly line at Chrysler, during my last year of high school. My grades went down a little, but I still graduated. I doubled up for six months before I went off into the military. Another defining moment. This has been straight talk, no chaser. What will be your moment?
H.G.M.

Internet comments
Sue Price
I loved learning more about you and your family, Earl. Wow your mom did have a tough life. But good for her, working into her eighties. I guess starting late and doing something for herself was a good time for her. I can’t think of one defining moment in my life. There are several, and when I read your story, I had a pretty-easy time growing up. You have me thinking though 🙂 Thanks for sharing this, and I love the way you write Earl.

Rory Singh
My defining moment was having a head injury, that prevented me from getting back behind the wheel of my 18-wheeler rig. I got in this industry back in 2005 and had my share of victories and failures. My problem was going back and forth between this industry and my job when the going got tough here. I had to stay focused on my online business. Isn’t it funny how things work out sometimes? Thanks for the post Earl.

Earl Hackett
Thanks for your comments. Life is strange. Sometimes, something can happen in a second, to change the direction of your life, and other times it’s a series of decisions you make. Tony Alessandra developed that scrappy attitude at an early age and carried it into adult life. I could have gone left but I went right. I never planned to do two branches of the military, but I did, and I’m still here to tell my story. I believe mom found some peace, through her purpose, later in life.