In the movie “Matrix”, ‘Neo’ was offered a choice of two pills. One would put him back to sleep in the Matrix, where he could continue to do what he always did, or the other would wake him up to a world in which he would have to face, a different reality.​ 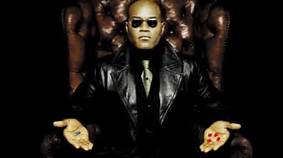 I chose the different reality which was to leave my job with 15 plus years seniority and take “early retirement at 63“. Retirement is great if you live long enough to get there, but not so good if your money is not right. I’ve been blessed with good health and a burning desire to do more and to leave an impact. I have had many jobs over my 40+ years in the work force, but I was always looking for other ways of creating income.

The late great Jim Rohn said it like this.” Profits are better than wages. Wages give you a living. Profits make you rich.” Wages will put food on the table while profits will allow you to buy the table or the whole tree farm. If you make $60,000 a year, you probably have a life style of $80,000 a year which means that every year you go $20,000 a year deeper in debt. Over a ten-year period, that’s $200,000 worth of debt!

Little did I know, that my mom, Beulah Hackett, with a limited education, who never learned how to drive, would have as much an impact on me, at this stage of my life? She passed away in 2010 at the age of 90. She was a very independent woman, who took the bus to work, even in the bitter cold in Detroit MI winters, into her late 80′s.

Mom was a “southern gal from Mississippi” who had final numbers that would impress anyone: She gave birth to 14 children. I was the 9th of her 14 children. Her mother died when she was only eight years old. She was raised by her aunt and uncle who did’t treat her right. She only “knew” of her father. As a Native American he kept count of all his children during his lifetime, and when she was born in 1919 she was the last of 33. That always reminds me of that old TV show titled “Last of the Mohegan s”.

I was the first Hackett, to graduate from college. I have traveled somewhat (seven countries on three separate continents), as a two-time military veteran (US Air Force and US Army). I was married twice and father (not baby daddy) to three. I now have more time than money. I am part of the baby boomer generation, that lived and played, but didn’t save enough. I still want to travel, but on my own dime and own time. The best thing that I can do now is to be a good example to my children.​

A job may help you take care of your family, but these are uncertain times who knows how long you will stay on your job. If you help a lot of people to create income, you change the name of the game for the next generation. I believe that if you give someone a fish, they have a meal (a hand out). But, teaching that person how to fish (now, they have a skill) is the real deal. Zig Ziglar said it best “If you help enough people get what they want then you can have whatever you want.” If I touched a chord for you, share this post or leave a comment.

You’re such a great inspiration Earl 🙂

Great advise Earl, Zig Ziglar is one of my favorites.

Thank you for your comments

This is an after-thought.

As I write blog this, it reminds me of a Farmers Insurance commercial I saw recently on TV. The young girl calls her car “Brad” and she recalls all the things she went through with her car Brad. I called my Empire Blog “my blog beast”. It’s where I cut my teeth in the blogging experience. Ten trips in four and a half years to varies parts of the country, and amassing over 600 blogs is a learning experience. Glad I got to meet some of the people who commented on my blogs.