Having created a library of material, but saving a small part, for a book is my way back. The name of the physical book will be “Standing in the Shadows, Listening to the Greats!!! A blog novel of true stories of ordinary people who overcame all kinds of odds to become extraordinary, who turned around to help others.

Dedication Page
To Edward, Nicole, and Matthew. This is Dad doing “that blog thing”! Let your purpose carry you through, whatever your next level is. It’s as much about the journey, as the final destination. Paula, I think we did a pretty decent job.

This is a tribute to your grandmother who I considered to be the country girl from Mississippi, who had so many kids she barely knew what to do. Beulah S. Hackett had 14 children and never learned how to drive, but never let it stop her. As a independent woman she took the bus to work, even in the cold Detroit winters, until her mid-eighties.

Mom had it rough growing up, but she always tried to keep it light. She called the bus the “Iron Pimp”. It didn’t arrive on schedule, but it always came, just in time. At the age of 90 she passed on to glory, I write to continue her story.

Her mother died when she was only eight, and she barely knew her father. What he left her, was his legacy. As a Native American from the Mississippi Delta, he kept count of all his children during his life time. When mom was born in 1919 she was the last of 33.

The back cover has a picture of me sitting in a high back wicker chair with a kufi ( a cap worn by many populations in Africa and men throughout the African Diaspora.)  Many grandfathers and older men wear kufi’s  to symbolize their status as a wise elder. When worn in America, it  primarily identifies the person as one who takes pride in the West African history. It’s a sign of peace, morning, renewal and protection of the mind.

I have in my hands two symbols of American pride: a US Air Force cap and a US Army cap. While do one and they are done, I did two before I was through. Those stories will be revealed over time.

This blog novel evolved from a series of blogs ( an on-line commentary) about personal development and memories from my past. It’s autobiographic, inspirational, and motivational. What’s unique about this novel is some of the readers took the time and talked back (italicized). I just happen to have had a very unique past and lay it all on the line. Why? Because I know there are those who laid it all on the line, and didn’t return.

Through the discipline of blogging. I built a library of ideas that could be life changing, by listening to some of the best motivational speakers and thinkers of today and yesterday. I will  miss the easy reference to all the material but what’s important is who I became. It’s now what you do, but who you become in the process.

The greatest stories will never be told.

They are buried in the graveyards

Along with all the people who never told their story.

This is my story and my legacy. What will be yours?

Parting is such sweet sorrow, but over the years I learned some things. The Empire may have fallen, but I’m still here.

For every ending, there is another opportunity for a new beginning. Napoleon Hill said it better, than anyone else I know: “Every adversity brings with it a seed of equivalent advantage”. The future is seen in the minds eye and sometimes we can’t connect the dots until we have finished the journey. Blogging on a consistent basics just opened up the memory bank of a life that was a little different.

Change is difficult, but sometime necessary. If you can’t swim, the above picture is really scary, but if you can float, you can adapt and survive.  I started blogging as something to keep my mind active because of my early retirement. It would have been nice, if I made a little money to supplement social security but staying active was my main goal. One of the core requirements was to “blog daily” to build an audience.

As a baby boomer, this blog thing was like Greek, but I have always been up to a challenge. I learned that a blog is an on-line  commentary on any particular subject; they can function as a personal diary or as an on-line advertising vehicle. They can be text, images and links to other blogs or pages. Some focus on art (art blogs), photographs (photo blogs), videos (video blogs or vblogs), music (MP3 blogs) and audio (podcast). What is so unique is readers can leave comments for quick response.

For me to blog on a regular basics, required me to think about something that would hold my interest, or else I would quit. I happen to like the personal development, self-help field. I’ve had a very interesting and unique personal development story and loved to read and listen to the stories of the great motivational speakers. Plus, we all could use a little help in that area.

With the Empire Network blogging platform I didn’t understand a lot, but I was retired and had time to write. I’m not a trained writer, but I have written many things over the years. I wrote a fiction novel in junior high, a very long time ago and I wrote many staff papers and a training program for civilian warehouse workers as a U.S. Army Quartermaster Officer.

I was born and raise in Detroit MI, when it was the Motor Capital of the world. In fact Detroit was tagged the Motor City and the home of Motown. I even worked on the assembly line during my last year of high school. It wasn’t easy but I had worked my first summer job and liked the idea of having money in my pocket. I turned 18 and applied, but Pops told me I still had to finish high school.

I was home along when the 1967 Detroit Riots started (Pop was out of town and I was on my own).  I saw the movie recently with my sister when I returned back home from Philadelphia PA. Hard to believe it’s been 50 years since that happened. But the numbers are still amazing; 2,000 buildings were destroyed, over 7,200 people were arrested, 1,100 people were injured and 43 people were killed. 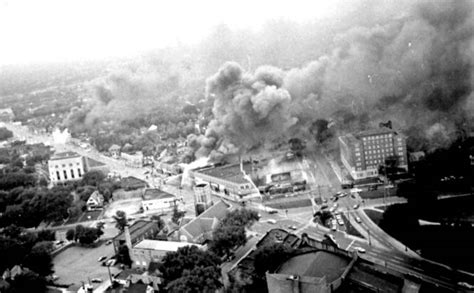 God must have directed my steps. It would have been very easy for me to go left instead of staying right, but because I didn’t act foolish, I didn’t become a statistic. It’s because, I didn’t cross the police line, I was able to walk the flight line in Libya North Africa (US Air Force) and later support the front line in Germany (US Army).

Even though I lost a library of material, I saved enough to write a book. This is a different platform so I’m just getting use to it. Stay tuned there is more inside.