Katherine Johnson recently passed on to glory (Aug. 29, 1918 – Feb. 24, 2020)  but her story was told in the 2016 movie ‘Hidden Figures’.  She was the first African American mathematician whose calculations of orbital mechanics  became critical to NASA space flight success. In 1961 John Glenn, the first American to orbit the earth asked for her ‘by name’ to verify the numbers of the main frame computer. 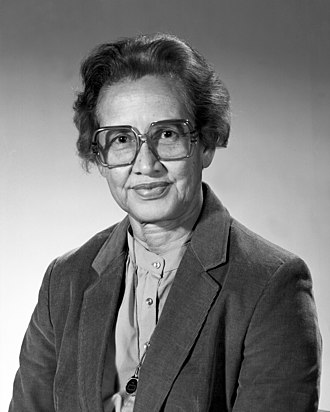 Margot Lee Shetterly, the author of the book Hidden Figures, made an unique observation …The astronaut who became a hero, looked to this Black Woman, in the still-segregated South to make sure his mission would be a success. For every hero who get a ‘ticker-tape parade’ there are countless other support people, most never hear about.

Katherine Johnson overcame a lot of racial and gender barriers and tells her own story to Cathy Lewis of WHRO Public Media. She started off as a member of a ‘minority female pool’ called “West Area Computers”, their job was to preform mathematical  calculations to help the engineers, which were all white males.  Katherine was so  good that they forgot to return her to the pool.

Katherine Johnson worked for NASA’s Langley Research Center for 33 years. While everybody was concerned about the U.S. getting into space,  she was concerned about getting them back home safety. As a results she is no longer a hidden figure, she became a “Shinning  Star”.

When asked to name her greatest contribution to space exploration Katherine Johnson talked about the calculations that helped sync project Apollo’s Lunar Lander with the Moon-Orbiting Command and Service Module. At the age of 97 she was awarded the Presidential Medal of Freedom by the Unites States President Barrack Obama.

She didn’t receive a ticker-tape parade but she had some buildings titled with her name. Jim Bridenstine, NASA’s Administrator called her an ‘American Hero’ who pioneering legacy will never be forgotten.  Hopefully little girls all over the world will learn of her fame.

One thought on “American Space Pioneer passes at 101”